On Saturday 19 December, around 200 people braved high temperatures and imminent thunderstorms to attend an Open Day and Open Studio in Wyndham Street, Drysdale.

The event was presented by the Drysdale and Clifton Springs Community Association and Dax BeadArts. It featured a garage sale, a plant sale, a raffle, a Lions BBQ and drinks by Cafe2U.

Association President Rick Paradise said, “We’re pleased with the event, which certainly raised the association’s profile. It was a very hot day with threatened thunderstorms, but a steady stream of people dropped by. They picked up bargains at the garage sale and plant sale, watched glass art being made at the Open Studio and heard some great live music.”

Posted by Patrick Hughes at 3:41 PM No comments:

VicRoads update on the Drysdale Bypass

On 17 December 2015, DCSCA received the following update on the Drysdale Bypass from Tim Price, Project Director (Drysdale Bypass) at VicRoads. 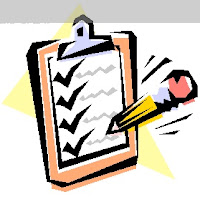 As 2015 draws to a close, I would like to thank the local community for providing feedback at our Drysdale Bypass information sessions this year and provide an update on the status of the project.

The community strongly supports the proposed bypass and a review of pedestrian facilities, cycling facilities and intersections along High Street to improve traffic and safety. Feedback from these sessions is being taken into account in planning studies and design development for the proposed Bypass and High Street improvements.

Over the next few months, VicRoads will complete a traffic analysis and a number of studies, including environment management, cultural heritage and social impact.

I want to assure the community that there will be further opportunities to provide feedback about the project next year, including a formal Planning Scheme Amendment process for the Bypass. Under this process, the public will be invited to make written submissions about the proposed Bypass design.

The State Government has committed $3 million to improve traffic and safety through High Street. This is in addition to the $106 million committed to plan and build the Drysdale Bypass. I thank everyone for their input, patience and support for this project and look forward to working further with the community in 2016.

On behalf of VicRoads, I wish everyone a happy and safe holiday on our roads.
Posted by Patrick Hughes at 3:54 PM No comments:

Drysdale and Clifton Springs Community Association (DCSCA) will run an Open Day on Saturday 19 December between 11.00am and 3.00pm at 164 Wyndham Street, Drysdale.

The Open Day will feature:
* A garage sale, a plant sale, a raffle, a Lions BBQ and coffee by Cafe2U

* Live music by Chris Wilson, Tex Miller, Narelle Jolley (of Sweet Dolores and the Whirling Sprurs) and Sarah Carroll (The Ukelele Queen of the Bellarine!)

A new beginning!
The Open Day and Open Studio aims to raise funds for the association, to boost its membership and to invite people to join it in promoting the wellbeing of the community and its environment.

The event also celebrates the end of the year-long controversy over a new service station being built in Drysdale by Milemaker Petroleum. The controversy led to the association being ordered to pay Milemaker legal costs of $5,500, but some months later, the company waived the bill as a gesture of good will to the community.

Association Secretary Patrick Hughes said, “Milemaker’s generous gesture marks a new beginning for the association. We can return reinvigorated to our work, including representing local people’s views to outside organisations, lobbying for increased services and leisure facilities for the area’s expanding population and running the annual Festival of Glass.”

Posted by Patrick Hughes at 11:14 AM No comments:

DCSCA helps Vic Roads to prepare for the Drysdale bypass 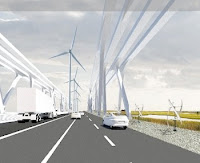 It’s good to see that at least one of DCSCA’s proposals aligns with the region’s growth plan. Now, where’s that Drysdale swimming pool?!
Posted by Patrick Hughes at 1:53 PM No comments:

The Drysdale & Clifton Springs Community Association Inc. (DCSCA) has made a Preliminary Submission to a Review of the City of Greater Geelong Council's structure being conducted by the Victorian Electoral Commission (VEC).

The VEC's Review originated in a 2012 amendment to the City of Greater Geelong Act (1993). The amendment created the post of directly-elected Mayor of Geelong, resulting in a council of 12 councillors plus the Mayor for the 2012 council election.

The amendment also required the VEC to conduct an Electoral Representation Review before the 2016 council election; and, drawing on that Review, to recommend to the Minister for Local Government the most appropriate electoral structure for the council from the 2016 election onwards.
The Review should determine the number of councillors (between 4 and 11, plus the Mayor) and how they should be distributed.

All submissions will be published on the VEC website at vec.vic.gov.au and made available for inspection at the VEC office (Level 11, 530 Collins Street, Melbourne).

The Final Report will be available from the VEC (vec.vic.gov.au or 131 832) and will also be available for inspection at Council offices.


The Drysdale & Clifton Springs Community Association Inc. (DCSCA) was created in 1996. Since then, its relationships – good and bad – with the City of Greater Geelong have led it to believe that:
·      the northern part of the Bellarine Peninsula (Drysdale, Clifton Springs and Curlewis) is, broadly speaking, a single, geographically defined ‘community of interest’ within the City of Greater Geelong
·      dividing the task of representing this single community of interest between two councillors in two wards – Cheetham and Coryule - has prevented this single community from speaking with a single voice about its views, interests and aspirations
·      the absence of a single voice for this community of interest has led to it receiving an inequitable share of council resources.

More broadly, DCSCA’s relationships with the City of Greater Geelong have led it to believe that:
·      the council’s current structure makes it is impossible for a ward constituency to hold its councillor to account for her/his actions (or lack of them)
·      relying on 4-yearly elections to make a councillor accountable enables them – if they wish - to misrepresent their constituency during their 4-year term of office, which may lead to outcomes (e.g. rezoning, building approvals) that cannot be undone, even if they fail to be re-elected.

Posted by Patrick Hughes at 5:23 PM No comments: