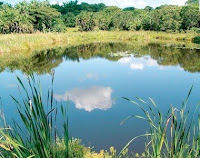 The meeting is on 1 December at 7.00 p.m. at Springdale Neighbourhood Centre in Drysdale High Street. We invite everyone to listen to the speakers and then HAVE YOUR SAY about our threatened open spaces ... and consider joining one of the 'Friends of ...' groups.
Posted by Patrick Hughes at 2:25 PM