'Works on our sites? News to us!' Update 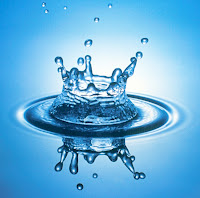 Major excavation work by the Barwon Water Alliance continues apace at the two pumping stations in Jetty Road, Drysdale and in Bayshore Avenue, Clifton Springs. (See 'Works on our sites? News to us!' 16 July on this blog)

The Barwon Water Alliance's Stakeholder Engagement Group has told DCSCA that in May 2010, the Alliance sent a notice to residents informing them that 'upgrades' would take place at the two pumping stations between June 2010 and March 2011. However, some residents didn't receive a copy of this notice; and the Alliance appears to have no record of who they contacted and who they didn't.

DCSCA has discussed these events with members of the Stakeholder Engagement Group and with site/project managers and the general view has been that stakeholders in the local community could have been 'engaged' more successfully. DCSCA has said that it is keen to see that process of engagement succeed and is ready to help however it can ... but probably not on Saturdays!
Posted by Patrick Hughes at 3:46 PM