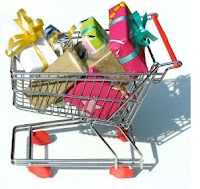 The City of Greater Geelong (CoGG) recently announced that by 2021, the Leopold shopping centre will expand to 65,000 square metres of shopping space from its present 5,ooo square metres and become the 'service centre' of the whole of the Bellarine Peninsula.

More shops but no vision
Obviously, the plan is welcome news for people in Leopold and elsewhere who want a lot more shopping. However, the council's announcements highlight yet again that its vision for the economic development of its peripheral communities is limited to shopping. The Leopold Sub-Regional Activity Centre will provide some new jobs on the Bellarine, but most of the jobs will be low-skilled, low-paid and with very limited career paths. Why are there no plans to provide other sorts of jobs? Indeed, does the council even know just what number and type of jobs will be associated with this expansion of Leopold’s shopping centre - and how that number compares with a planned population expansion of 5,000?

Centre versus periphery
Just as CoGG is developing central Geelong by turning towns on its periphery (including towns on the Bellarine) into dormitory towns that export their workforce and skills, so it now intends to develop Leopold by drawing-in spending/shopping from other towns on the Bellarine. In other words, just as the economic development of central Geelong is happening at the expense of Geelong's periphery, so the economic development of Leopold is set to happen at the expense of other towns on the Bellarine. CoGG's drive to expand the population of the Bellarine must be accompanied by plans for expand employment. As a rule of thumb, a new job should be created for each house built. That would at least start to match economic growth with population growth.

Another Westfield?
The opening of the Westfield shopping centre in central Geelong has been closely associated with the closure of many shops in central Geelong. Will a similar problem arise from the development of a major shopping centre in Leopold? Has the CoGG examined whether the closure of shops in central Geelong is due in any way to the opening of Westfield? If it has, how has it incorporated the results of that research into the plan for the Leopold centre? If it hasn't done such research, how does it know that the Leopold centre won't be associated with an equivalent rash of business closures on the Bellarine?

Finally, shopping centres such Waurn Ponds, Corio Village - and now Leopold - presuppose extensive car ownership and rely on people driving significant distances to them. This contradicts completely CoGG's stated ambition of becoming a low carbon economy as embodied in its new program, Future Proofing Geelong. A council that is serious about reducing carbon emissions in its boundaries would be planning to reduce the 'food miles' (more generally, the 'shopping miles') its citizens have to travel, not increase them by developing suburban 'big box' centres such as it is planning for Leopold.
Posted by Patrick Hughes at 5:32 PM