Andrew Westcot, Team Leader of the Vic Roads Drysdale Bypass project, will be the guest speaker at a public meeting in Drysdale at 7.00pm on Wednesday 19 October 2016.

Andrew will give an update on the Team's work so far and answer general questions about the Drysdale Bypass project.

The occasion is the 2016 Annual General Meeting of the Drysdale & Clifton Springs Community Association (DCSCA). It will happen at SpringDale Neighbourhood Centre, 17-21 High Street, Drysdale 3222.

DCSCA Secretary Patrick Hughes said, “Vic Roads has worked hard to keep the local community informed about its work on the Bypass. We appreciate that and we're looking forward to Andrew’s update.”
Posted by Patrick Hughes at 7:08 PM 1 comment:

The "Welcome to Drysdale" mural will be unveiled officially at 1.00pm on Thursday 29th September in Drysdale Town Square.

The mural will be fixed to the outer wall of the Senior Citizens Club, which faces across the town square and is currently blank.

The mural is an initiative of Drysdale’s annual Festival of Glass. Festival convenor Doug Carson said, “The glass and ceramic mural gives glimpses of Drysdale then and now. It’s the latest link in the area’s long association with glass and we’re very grateful to all the local people and organisations that have made the 'Welcome to Drysdale' mural happen."

A local affair
The project started almost three years ago, in December 2013, when Bellarine Secondary College students – led by their teacher Tess Grace and by local ceramicist Kaye Clancy - created a collection of ceramic tiles, each depicting a moment in the area's past and present.

The ceramic tiles form a border to the mural, which has at its centre a sign in ‘slumped glass’ saying "Welcome to Drysdale", made by Geelong’s Wathaurong Glass. Festival of Glass members in Drysdale built the mural’s steel and wood frame.

Festival of Glass committee members Doug Carson and Mercedes Drummond have led the mural project; and Uncle David Tournier of Wauthorong Aboriginal Co-op has been an advisor. The Rotary Club of Drysdale and local travel agency Hello World have supported the project financially.

Posted by Patrick Hughes at 6:28 PM No comments:

Drysdale & Clifton Springs Community Association (DCSCA) has sent a draft Community Communication policy to the Administrators of the City of Greater Geelong (CoGG).

The draft Strategy was produced because for years, community associations on the Bellarine Peninsula – individually and through the collective forum of the ABCA - had levelled detailed criticisms at the City of Greater Geelong over its handling of public consultation. In 2010, the ABCA decided to go beyond criticism and to propose ways to improve the council's communications with its citizens. It submitted a draft consultation policy to the council, intending that it would be the first step in a joint effort to improve the council's consultations.

The council didn't even show the ABCA the courtesy of acknowledging receipt of the document, let alone respond substantively to it.

The Affiliation of Bellarine Community Associations believes that the City of Greater Geelong's public communication and consultation practices could be better than they are now; and that improving them would contribute to building a vigorous local democracy. We are keen to contribute to that process and, in that spirit, we make the following two proposals:

These proposals require no new spending and this alone should commend them to councillors! Indeed, we believe that making the Council’s public communication and consultation consistent with published protocols and targets will streamline officers’ work, instill new stakeholder confidence in the process and provide tangible evidence that the City of Greater Geelong listens to its constituents and wants to promote local democracy. The outcome will be that the Council's public communication and consultation will be easier and quicker (and potentially less expensive) to perform.

Posted by Patrick Hughes at 1:33 PM No comments: 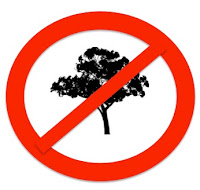 The City of Greater Geelong (CoGG) is currently considering an application to destroy a roadside run of native trees that includes members of a threatened species.

The trees are on the eastern side of Grubb Road opposite the Ocean Grove Nature Reserve and the application to destroy them is associated with the construction of the new Kingston estate.

Opposition online
The application has aroused widespread opposition, including an online petition (via change.org) asking Geelong council to retain the trees in Grubb Road. Organisers of the petition hope to gather 1,000 signatures and by 18 August 2016 have gathered 812.

The petition is titled, "Geelong City Council: Stop developers tearing down native trees in Ocean Grove". You can read more and sign the petition here:
https://www.change.org/p/geelong-city-council-stop-developers-tearing-down-native-trees-in-ocean-grove?recruiter=586100525&utm_source=share_petition&utm_medium=email&utm_campaign=share_email_responsive

Opposition in person
If you wish to comment on the proposal, you might like to use DCSCA's objection (see below) as a starting point for your own. Indeed, you might like to just copy DCSCA's objection and submit it under your own name, although personal touches always strengthen objections. If you submit an objection, could you please send a copy to DCSCA (dryclift@bigpond.com), so that we can keep a count.


The Drysdale & Clifton Springs Community Association Inc. (DCSCA) objects to this application which, if granted, would lead to the destruction of a significant number of native trees on the eastern side of Grubb Road. Our reasons for objecting are presented below.

1.         Loss of general amenity. Destroying these trees will completely change the character of this entrance to Ocean Grove. The trees are covered by a Significant Vegetation Overlay, because they form a striking entrance to Ocean Grove, enhancing the town’s character and attractiveness and screening an industrial area; destroying these trees would reduce the area from an attractive, semi-rural vista to just another suburban streetscape. However, if the trees were retained, they would actively contribute to the general amenity of the new housing estate.

2.         Loss of amenity at the Ocean Grove Nature Reserve (OGNR). Destroying these trees will isolate the OGNR as an island of indigenous vegetation; and the large car park, together with the road itself, will form a large asphalted zone near the OGNR. This will seriously reduce the amenity of the eastern section of the OGNR, replacing the current view of paddocks and roadside vegetation with a bleak view of a car park. However, if the trees were retained, they would actively improve the area, breaking up and ‘softening’ the view from the OGNR to the new housing estate.

3.         Reduction in environmental health. Geelong council promotes itself with the slogan “Greening my Geelong”, but is considering an application to destroy examples of a threatened species! Many of the trees are Bellarine Yellow Gums (E. leucoxylon ssp bellarinensis), which is listed as a threatened species; and the other large trees are Swamp Gums (E. ovata). Both contribute to the environmental health of the area by providing habitats for many species of birds, invertebrates and small reptiles. These trees effectively act as ‘spillovers’ from the Ocean Grove Nature Reserve, extending its effects without extending its boundaries.


4.         Inadequate justification. The applicant argues that destroying the trees will make way for extra access points onto Grubb Road, as well as the main intersection between Grubb Road and Coastal Boulevard; but gives no clear reasons for creating these extra access points. The aim of destroying all the trees on the eastern side of Grubb Road appears to be to enable the Kingston Estate shopping centre to be built before Grubb Road is widened. However, there is no urgent need for shops to service the estate, given its proximity to the large shopping centre of Ocean Grove.

5.         Undermining the council’s Revised Ocean Grove Structure Plan. At the very least, a decision on the proposed destruction of the trees in Grubb Road should be deferred until after an appropriate urban design/landscape study, informed by community consultation, is undertaken. We agree with the conclusions of a report published in July 2016 by the City of Greater Geelong’s Planning Panel (Greater Geelong Planning Scheme Amendment C346 Ocean Grove Structure Plan and Town Centre Urban Design Framework):
·      An urban design or landscape study, involving consultation with all stakeholders, is required to determine an appropriate treatment for the entry of the town, integration with the new Grubb Road activity centre as well as the rural interfaces.
·      · Community consultation should identify safety and traffic concerns to be addressed in the planning and design phase of the road project. 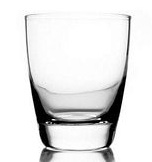 Each of those four strategies should have a measurable target and success in meeting each target should be published each year, to promote continuous improvement. E.g.: 70% of customers ‘Satisfied’ or ‘Very Satisfied’ with waste disposal in the region; 10% of litter, odour and run-off from the site.

DCSCA Questions. 1. What can be done to reduce the cost of a trip to the tip? Illegal dumping is increasing in the Barwon Region, largely due to the high cost and difficulty of a trip to the tip. This could entail a 2 hour round trip, an outlay of over $60, a difficult reversing manoeuver with a trailer and unloading potentially hazardous objects from a trailer. It could also result in a muddy car and trailer.
2. Why is there a charge to dump green waste? Other councils make no charge for green waste. Why does CoGG charge to dump green waste AND mulch and sell it? (A ‘double dip’ at the tip!)
Posted by Patrick Hughes at 3:28 PM No comments:

DCSCA has been invited to join a Community Consultation Group for the Drysdale Landfill site.

The Group was launched officially at a public meeting on 7 June 2016 at the SpringDale Neighbourhood Centre. The City of Greater Geelong (CoGG) manages the Drysdale Landfill site (aka the Drysdale tip!) and called this public meeting.

People at the meeting agreed that local people should be able to have their say about the landfill site through formal and informal channels – regular meetings of a formal Consultation Group and informal occasions when people can talk to Council staff about waste related issues. Occasionally, guests could be invited to discuss how the Drysdale site fits into broader waste management issues, such as:
·      the Barwon South West Regional Resource Recovery group, which produces a rolling Plan that informs operations at local landfill sites between Portland and Geelong
·      the Regional Waste Forum and its Reference Group.