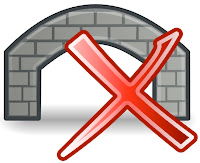 Campaigners against the proposed 'no limits' bridge in Bayshore Avenue, Clifton Springs have labelled the proposal 'bad planning practice'.

The Clifton Springs Independent Ratepayers Group (CSIRG) is opposing the proposed bridge, which will be built to enable heavy construction vehicles to access land owned by property developers Bisinella at the northern end of the Jetty Road Growth Area. CSIRG is being supported and assisted in its campaign by the Drysdale & Clifton Springs Community Association (DCSCA).

CSIRG and DCSCA are arguing that the proposed bridge is not only completely inappropriate in such a local, minor road, it represents bad planning practice in two respects. First, it contradicts repeated undertakings by the City of Greater Geelong (CoGG). Every report produced by or for CoGG has identified the bridge as a continuation of a 'local, minor road' that services an exclusively residential area, yet the proposal is for a bridge that would carry heavy construction traffic. Second, the bridge proposal is part of a broader plan that will allow houses to be built before an access road to them is constructed. In current plans, there is no direct road leading into the Bisinella development from the rest of the Growth Area; and no access road into into the development will be built until 90 houses have ben built there. Planning Minister Matthew Guy has stated publicly that he believes that building houses first and roads second is inappropriate. The Bayshore bridge proposal is a clear instance of that sequence, yet the Minister refuses to 'call in' the proposal.
Posted by Patrick Hughes at 4:59 PM