Monday 1st February sees the start of a glass art Treasure Hunt - a new feature of the 2016 Festival of Glass.

21 local businesses are participating in the Treasure Hunt and each one has commissioned a piece of glass art and a small, hand-crafted glass ornament - a ‘Tiny Treasure’ – from local glass artists.
(Right:  Surf Junction's glass shell, commissioned from
Jacquie Campbell.)


From February 1st, each participating business will display its piece of glass art, together with its ‘Tiny Treasure’. A poster in its window will show that a business is part of the Treasure Hunt. Treasure Hunters will search each participating business for its ‘Tiny Treasure’ and receive a stamp on their entry form for each one they spot.
The Treasure Hunt will culminate in a draw for dozens of pieces of glass art at the Festival Expo on 21 February at Christian College, Drysdale.

Festival of Glass convenor Doug Carson said, “Everyone benefits from the Treasure Hunt. It brings customers to local businesses, it promotes local glass artists and it shows local people the beautiful things that artists make with glass. We hope that the Treasure Hunt will build a strong and mutually-beneficial relationship between the Festival, local businesses and local glass artists.”
Posted by Patrick Hughes at 2:27 PM No comments:

Windswept but worth it!

DCSCA's new marquee had its first outing on Saturday 9 January at the annual Mussel Festival in Portarlington.

The association was one of several organisations with connections to the local coastline that formed a display near the entrance to the Portarlington pier.

The display was coordinated by Bellarine Bayside, which hopes that the display will become a regular feature of the Mussel Festival.

Overall, the weather was quite benign, but occasional strong gusts of wind coming off the bay had stall-holders frantically retrieving the leaflets, brochures and flyers that they had laid out carefully and artistically! One marquee nearly ended up in the bay, but the DCSCA marquee acquitted itself well and at the last count, none of the volunteers from the DCSCA and Festival of Glass committees was missing!

Making ourselves known
The display formed an adjunct to the Mussel Festival proper and a steady stream of people walked past it or through it on their way to the Festival. The volunteers at the DCSCA tent promoted two new features of the Festival of Glass - the glass art Treasure Hunt, which starts on February 1st and finishes at the Festival Expo on Sunday 21 February; and the glass art Masterclass at Leura Park on February 19. There was a lot of interest, with people taking leaflets faster than the wind!

(For more information on the glass art Treasure Hunt  and the glass art Masterclass, see the Festival of Glass web site: www.festivalofglass.net.au)

Posted by Patrick Hughes at 6:12 PM No comments:

DCSCA at the Portarlington Mussel Festival

DCSCA will have a stall at the 10th annual Portarlington Mussel Festival on January 9th, following an invitation by the Festival organisers. 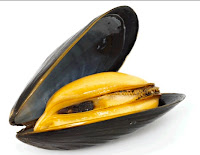 The annual Mussel Festival is very popular with locals and with the tourists who swell the population of the Bellarine Peninsula at this time each year.

The 2016 Festival will run from 9.30am to 5.00pm. It will include 100 food and drink stalls, market stalls, local musicians and entertainers, art shows, cooking demonstrations and tastings of local beer and wine .... "and all this for just $2!", as the organisers say.

The 2015 Festival attracted 10,000 people and still more are expected at this year's event.

The DCSCA stall will be near the pier; we're looking forward to meeting you and hearing your views on how the area is growing and developing.

Posted by Patrick Hughes at 4:37 PM No comments: