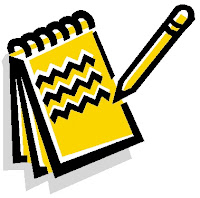 On 4 August, DCSCA Committee members met Councillor John Doull at City Hall. This was the sixth of the quarterly meetings that DCSCA has initiated with the two City of Greater Geelong (CoGG) Councillors whose wards coincide with DCSCA's area - the other is Councillor Rod Macdonald, whom we met on 5 August.

Beacon Point Reserve Masterplan
Continuing our discusion about the proposed Beacon Point Reserve at our last meeting (see 'DCSCA meets Cr. John Doull [5]' on this blog, 12 May 2011), Cr. Doull said that the Masterplan for the development of this reserve will be completed by December 2011, so that a bid can be made for funds in CoGG’s 2011-2012 budget to implement it. Cr. Doull said that he regards the Reserve as a new community facility for Clifton Springs, to balance the development of such facilities in Drysdale. He reiterated his view that the Reserve should be essentially an open space with minimal ‘infrastructure’ (e.g., a toilet block, a barbeque area) and perhaps a discrete ‘artistic/sculptural’ presence.

The DCSCA representatives welcomed the news that the Masterplan will be completed by December 2011 and that there will be a bid for funds to implement it in the 2012-2013 budget year. We reiterated our support for Cr. Doull’s ideas for the Reserve, because they coincide with two DCSCA programs: the Open Spaces Network and Streetscape to Artscape.*

We raised the proposed Bellarine Lookout and Cr.Doull said that $20,000 is available to fund the next stage of this development, which will build on the consultation meeting held in July. These funds must be spent in this budget year, or they’ll be lost, so the next stage is likely to be completed by the end of 2011.

CoGG's 'bio-retention basins' (aka 'urban dams')
We suggested that while the recent fiasco at Ryan Court around these so-called 'basins' isn't Cr. Doull's responsibility directly (Ryan Court is in Cr. Macdonald's ward), events at Ryan Court raised council-wide issues around environmental protection, which is Cr. Doull's council portfolio. (For more information about Ryan Court, see 'Who you gonna call? Dam busters!' on this blog, 1 August 2011.)

The 'basin' in Ryan Court was created to deal with the increased stormwater run-off from a nearby new housing estate and equivalent 'basins' are going to be associated with other new housing estates, such as those in Jetty Road and the Central Walk estate off Murradoc Road. Events at Ryan Court showed a) that the design of these devices is faulty and b) that council officers cannot specify how effective these devices are in filtering pollutants - their ostensible purpose.

Cr. Doull said that he would investigate the issue with Gary van Driel (CoGG’s Manager, City Services) and Rod Thomas (CoGG’s Manager, Environment and Natural Resources and head of the council’s environmental unit).

Staying with environmental issues, we said that while the council has invited expressions of interest for the Community Reference Group associated with Future Proofing Geelong - its plan for a low-carbon local economy - it hasn't published any selection criteria for membership of this group. Cr. Doull confirmed that there are no published selection criteria for members of the Community Reference Group, but is confident that the selection process will be fair and open.

DCSCA's next quarterly meeting with Cr. Doull will be on Thursday 3 November 2011 at 10.30 a.m. at City Hall. Any residents of the Drysdale/Clifton Springs area are welcome to ask DCSCA to raise any issue of concern with Cr. Doull.

* The Open Spaces Network consists of a series of open spaces in Drysdale & Clifton Springs, protected from development, linked by cycling/walking trails and each with its own ‘Friends’ group. (For recent developments, see 'Bike wheels or hamster wheel?' on this blog, 5 August 2011.) Streetscape to Artscape is a joint project (with SpringDale Neighbourhood Centre) to create artworks in public places in Drysdale & Clifton Springs, each one reflecting local people’s memories of our area and hopes for its future.

Posted by Patrick Hughes at 3:27 PM