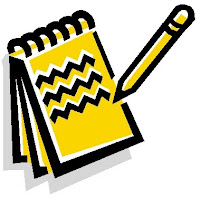 On 6 August, DCSCA Committee members met Councillor Rod Macdonald in Drysdale. This was the third of a series of quarterly meetings that DCSCA has initiated with the two Councillors whose wards coincide with DCSCA's area - the other is Councillor John Doull, with whom we will have our third quarterly meeting on 12 August.

First, we discussed the Submission Panel that the council has established to review its proposal to levy a 'Special Charge' on landowners in the Central Road area of Clifton Springs.* The council gave just three working days notice of the date when the Panel would meet, but pressure from DCSCA and others led to it being postponed for a month. We asked Cllr. Macdonald whether there was a policy concerning the amount of notice to be given of Panel hearings and he said that there was (10 - 14 days), but that it hadn't been adhered to in this case.

Next, we said that we had still not received a reply from CoGG's Manager of Community Development Mr. Paul Jamieson, to DCSCA's letter to him in January about CoGG proposals for Drysdale Town Centre. Cllr. Macdonald said that he had raised this with Paul Jamieson (as he said he would at our last quarterly meeting), but hasn't had a reply; so he'll contact Paul Jamieson again. On the broader topic of community consultation, we asked Cllr. Macdonald whether the selection panel for the post of Social Planner that the council is advertising currently will include a community representative. While this isn't normal practice, we suggested that since the focus of the job is as much on local communities as on the council, a perspective other than the council's would be helpful. Cllr. Macdonald disagreed, saying that it was mangers' job to judge people's suitability for a job.

We then spoke at length about the proposal to upgrade facilities at Lake Lorne in Drysdale, including building a walking track around it.* We said that the project - which DCSCA initiated in 2007 - has stalled. No money is allocated to it in the council's 2010/2011 budget and it looks like no work will be possible until July 2011 at the earliest; and we had suggestions for ways forward. Our discussion with Cllr. Macdonald on this issue was inconclusive, so DCSCA's new Committee (post-AGM) may return to it with detailed proposals at the next quarterly meeting with him.

Finally, we brought Cllr. Macdonald up to date with recent DCSCA actions. First, DCSCA's suggestion that the council includes Clifton Springs in a trial of an electric car service in Geelong that it is negotiating currently. Cllr. Macdonald isn't involved in the negotiations, but he applauded our initiative and hoped it was successsful. Second, preparations for the Festival of Glass (February 2011). Cllr. Macdonald remains very enthusiastic and supportive and, as he has done before, made some useful duggestions. Third, DCSCA's next Public Meeting (22 September at 7.00 p.m. at SpringDale), which will consider how to generate local jobs and wealth in our community and will also be DCSCA's Annual General Meeting for 2010. Cllr. Macdonald was interested in our focus on the local economy and wants to discuss it further.

DCSCA's next quarterly meeting with Cllr. Macdonald will be on Friday Novmber 5 at 10.00 a.m. (venue TBA). This will be the first such meeting with DCSCA's new Committee as elected at the AGM.

* For the background to this issue, see three earlier articles on the blog: Landowners to pay for developer's drains? (April 1 2010); A 'Special Charge' for developer's drains: DCSCA submission (April 12 2010); and Chasing a 'phantom value' (May 2 2010). We had discussed the 'Special Charge' itself in our last meeting with Cllr. Macdonald, who had agreed with DCSCA's suggestion that a possible way forward would be to place covenants on title deeds so that the Charge is payable only when the added value is realised.