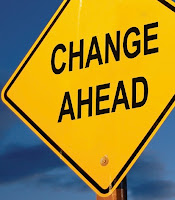 On February 6, residents from Central Road, Drysdale, will ask the Victorian Civil and Administrative Tribunal (VCAT) in Melbourne to stop the City of Greater Geelong (CoGG) levying a 'Special Charge' on them of many thousands of dollars.

The appeal to VCAT follows a unanimous decision by councillors on January 26 2011 to compel residents in the Central Road area to pay $1,149,476 (77 per cent) towards the cost of a new drain to service a retirement village in the area. The retirement village is planned by Melbourne-based property developer Pinnacle Holdings, yet the council wants local landowners to contribute - via the 'Special Charge' scheme - between $2,000 and $250,000 towards the cost. Unless VCAT stops the proposal, just under half the households in the area will face a bill for more than $10,000 each.

The residents - many of them retirees on fixed incomes - have argued that since the drain enables Pinnacle Living to build and profit from its retirement village, Pinnacle Living should pay for it. The council has responded that while the drain's primary purpose is to service the proposed retirement village, its presence will enable nearby residents to sub-divide and sell their properties at a profit - a 'special benefit' as the council calls it. From that perspective, the 'Special Charge' is a way to recoup the cost of the drain from the people who will gain a 'special benefit' (profit) from it.

Flawed arguments and lack of evidence
The Drysdale & Clifton Springs Community Association (DCSCA) has supported Central Road residents since they began their argument with CoGG in February 2010. DCSCA's position was set out on this blog ('Council compels residents subsidise a developer'. 26 January 2011). In essence, DCSCA has argued that:
DCSCA continues to support the residents of the Central Road as they prepare to challenge this iniquitous 'Special Charge' at VCAT. DCSCA has formally opposed the council's whole 'Special Charge' scheme (including the Central Road proposal), as has the Affiliation of Bellarine Community Associations (representing all the community associations on the Bellarine Peninsula).

(There have been several reports about this argument on this blog. To see them, type 'Central Road' into the blog's 'Search' window.)
Posted by Patrick Hughes at 12:00 PM