DCSCA lauches a Costs Appeal at its AGM

Around thirty people attended the meeting, which started with an illustrated talk by Ralph Roob
about the work being done to stabilise and upgrade the foreshore around Drysdale and Clifton Springs. Ralph is the Senior Environmental Engineer at the City of Greater Geelong, which owns most of the local foreshore. He described how boulders, rocks and sand are being used in different ways to combat erosion of the cliffs and beaches of the area and to stablise The Dell; and how a new causeway will reach out from the boat harbour and act as the long-awaited fishing platform.

Several members of the audience asked questions about the works being done and about the future of the foreshore, based clearly on their own experiences of walking, boating or fishing there.

In his responses, Ralph invited people to join the Clifton Springs & Curlewis Coastcare Group - a volunteer-based 'friends of the foreshore'-type group of people who want to see the area looked after.  The group will form at meeting at 6.00pm on Wednesday 18th November at SpringDale Neighbourhood Centre in High Street, Drysdale. 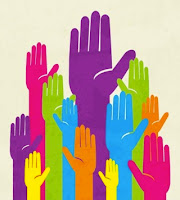 After thanks to Ralph and a short break, the formal business of the AGM was conducted. The Minutes of the 2014 AGM were approved, DCSCA's audited accounts for 2014-2015 were accepted and DCSCA President Rick Paradise gave his Report on the year's activities. Then, the meeting adopted a new Constitution and agreed to raise membership fees from $5 to $10 from July 2016.

The next item on the Agenda was the election of a Committee to run the Association for the next year. The results were:
President: Rick Paradise; Vice-President: Anne Brackley; Treasurer: Doug Carson; Secretary: Patrick Hughes. Committee members: Sarah Carroll, Neil McGuinness, Bob Penfold and Mike Windsor.

It was agreed that DCSCA would hold its 2016 Annual General Meeting on Wednesday 19th October at 7.00pm at SpringDale Neighbourhood Centre, Drysdale High Street.

DCSCA accepts VCAT’s ruling and intends to pay the $5,500, but it doesn’t have the funds.  The Association has launched a Cost Appeal to raise the money and is inviting members, friends and supporters to contribute to it.

DCSCA and Lisa Neville (local state MP and Environment Minister) wrote separately to Milemaker, asking the company to waive the $5,500 as a gesture of good will to the local community. Neither has received a reply.

HOW TO CONTRIBUTE TO THE DCSCA COST APPEAL 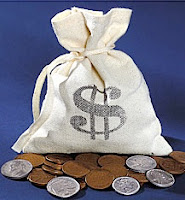 In person (i). There is a collection box in the SpringDale Neighbourhood Centre, Drysdale High Street.

In person (ii). Become a member of DCSCA. The annual membership fee is just $5 until July 2016; and this can be paid online or by mail (see above)

Please include your name and e-mail or postal address with your contribution; if Milemaker belatedly agrees to waive the legal costs, DCSCA will return all donations and pledges - with a sigh of relief!
Posted by Patrick Hughes at 4:57 PM