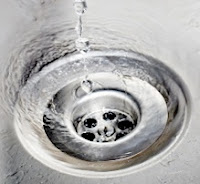 On the evening of March 2, Channel Nine News also ran an item about the VCAT decision and the 'Special Charge'. On Wednesday March 7, Channel 9's A Current Affair ran an item about the issue, interviewing several local people. The City of Greater Geelong was notable for its absence from the story. To see the ACA story, go to the 'Why live in Drysdale' blog: http://drysdale-victoria.blogspot.com.au/
Posted by Patrick Hughes at 2:18 PM