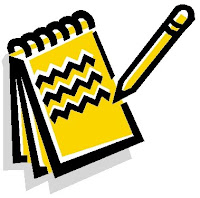 On 12 November, DCSCA Committee members were due to meet Councillor John Doull in Drysdale, but he didn't appear. This was to have been the fourth of a series of quarterly meetings that DCSCA has initiated with the two Councillors whose wards coincide with DCSCA's area - the other is Councillor Rod Macdonald, with whom we had our fourth quarterly meeting on 5 November.

We had agreed the date and time of this quarterly meeting with Cllr. Doull when we met him in August. We confirmed them on October 4 when we sent a suggested agenda for the meeting. Having received no reply, we e-mailed Cllr. Doull on 11 November, but received no reply.

Perhaps there's been some communication breakdown.

Our next quarterly meeting with Cllr. Doull is due in February 2011.

Would you like us to discuss any issues with Cllr. Doull at that meeting? If so, please leave a comment below, e-mail DCSCA (dryclift@bigpond.com) or write to DCSCA at P.O. Box 581, Drysdale 3222.

Posted by Patrick Hughes at 2:22 PM