Local voices down the drain? Update 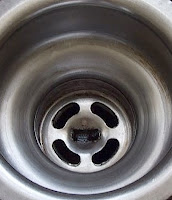 Pressure from local people has led the City of Greater Geelong to postpone a planned internal review of its proposal to levy landowners in Central Road, Clifton Springs, a 'Special Charge' of between $3,000 and $256,888 each.

The 'Special Charge' is meant to raise part of the estimated $1,492,827 cost of a new main drain for a retirement village in Central Road. When the council announced the proposed 'Special Charge' in February, more than thirty local landowners objected, as did the Drysdale & Clifton Springs Community Association. On March 31, the objectors held a public meeting that featured on Channel 9's A Current Affair.

On Thursday 15 July, some of the objectors received a letter (postmarked 13 July) from the council inviting them to appear before an internal Submissions Panel established to review objections to the proposal. The letter said that the Panel would be chaired by Councillor Jan Farrell, who holds the council's 'Democracy and Governance' portfolio; and that it would meet on Tuesday 20 July, i.e. just three working days away. By Friday July 16, other objectors hadn't even received such a letter.

The Drysdale & Clifton Springs Community Association (and others) argued strongly to Cllr. Farrell that three working days was insufficient notice. On Monday 19 July, Cllr. Farrell told the association that she had postponed the Submissions Panel until 16 August.

Community Association Secretary Patrick Hughes said, 'This is a small but significant victory for local democracy. We applaud Councillor Farrell's decision to postpone the Panel until August 16 and we have thanked her for her sensitivity on this issue. People have work and family commitments and can't just set them aside at three working days notice. Councillor Farrell's decision gives local landowners a reasonable time in which to prepare their arguments and the association is helping them to do so. The outcome will be a more thorough and rigorous examination of the issues than would have been possible in the council's original timetable.'
Posted by Patrick Hughes at 3:56 PM