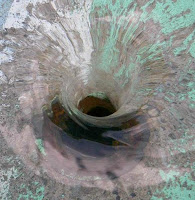 Today (April 12), DCSCA has made a formal submission to the City of Greater Geelong (CoGG) about its proposal to levy a 'Special Charge' on landowners in the Central Road area of Clifton Springs.

Officially, DCSCA has no 'right' to make such a submission, because it doesn't occupy any land in the area in question and so it wouldn't have to pay a 'Special Charge' if CoGG decides to levy one. However, as we say in our submission, DCSCA is a significant representative voice of the local community and, as such, asks CoGG to acknowledge our views in its discussions about the proposed 'Special Charge'.

DCSCA has had discussions with local landowners likely to be affected by the 'Special Charge', but our submission is not made on their behalf, because they haven't asked us to. However, our submission does include matters of concern which the landowners raised with us, together with other concerns of our own.

SUBMISSION to the Engineering Design Unit, City of Greater Geelong, concerning the proposal to levy a 'Special Charge' on the owners of land in the area bounded by Jetty Road, Ada Street, Thomas Street and Central Road in Clifton Springs and Drysdale.

Background and rationale for the submission
The City of Greater Geelong (CoGG) has agreed with Melbourne-based Pinnacle Living to share the estimated $1,492,827 cost of a new main drain for a retirement village in Clifton Springs and expects local landowners to pay most of it. CoGG estimates that the project will cost $1,492,827, but states that the true cost will be unknown until work is completed. At its meeting on 23 February 2010, the Council resolved to declare a 'Special Charge' on local landowners to cover the cost, to invite their comments on this proposal and to decide the matter at its meeting on 8 June 2010 (or at a subsequent meeting).

The Council report proposing this 'Special Charge' makes it clear that it is the result of extensive discussions between the Council and Pinnacle Holdings, which have resulted in a legal agreement between them to divide the cost. Pinnacle Holdings will pay approximately 23% of the cost, the Council will pay the remaining 77% and will then attempt to recover that money from local landowners.

The Drysdale & Clifton Springs Community Association (DCSCA) does not occupy any land in the target area and would not be required to pay a 'Special Charge' if CoGG decides to levy one. However, DCSCA is a significant representative voice of the Drysdale and Clifton Springs community and, as such, wishes to submit its views on this proposal and asks CoGG to acknowledge them in its deliberations.


The DCSCA submission
The Drysdale & Clifton Springs Community Association (DCSCA) believes that the City of Greater Geelong (CoGG) should not levy the proposed 'Special Charge' on the owners of land in the area bounded by Jetty Road, Ada Street, Thomas Street and Central Road in Clifton Springs and Drysdale for six reasons, each of which is presented in detail in what follows.

• The CoGG report proposing the 'Special Charge' doesn't explain the proposed drain's exact nature and purpose. What will be its size, capacity, depth underground, inlet locations and outfall capacity and locations? How will these factors relate to the number of dwellings that would be created if the retirement village was constructed as currently planned and all the possible subdivision in neighbouring properties occurs?

• If the proposed drain is for stormwater run-off, what arrangements will be put in place to collect, filter and re-use any of this water before it goes to the drain? What percentage of this stormwater runoff will be re-used in this way by the retirement village?

• What risks will the drain's construction and the subsequent property development pose to pedestrians and cyclists - in particular, to students at the nearby Clifton Springs Primary School?


2. The timing of public consultation around the proposed 'Special Charge' has excluded many local voices.
DCSCA believes that the 'Special Charge' should not be levied because the timing of the public consultation around it has excluded many people from expressing their views.
The proposal to levy the 'Special Charge' was advertised - and public comment invited - at a time when most people were either preparing for Easter holidays or taking them. Adverts appeared in the local press on 27 March 2010 and the closing date for submissions is 26 April 2010. This gave local people one month to respond. However, their time to respond is reduced significantly, if they take a week or two annual holiday in that time, as many local people do.

Landowners targeted by the 'Special Charge' first learnt about it by reading a CoGG notice in the Geelong Advertiser on 27 March 2010. They did not receive an individual, formal letter from CoGG informing them of the proposals and inviting them to comment. This is a major breach of standard procedures.

(Subsequently, the owners of some of the blocks listed in the notice received a letter from CoGG on Tuesday 30 March 2010 telling them that their properties were not, in fact, included in the proposal! What other procedural errors have been made that have not yet emerged?)

In another major breach of standard procedures, the Council has held selective discussions with landowners. The report to Council that accompanied the proposal to levy a 'Special Charge' indicates that consultations have been held prior to the publication of the official notice and that the results were positive:
'Considerable interest has been shown by some of these landowners, to develop (sic).' (p. 107)
'Discussions have been held with some owners.' (p. 109)

The coy language - 'some landowners' - shows that these discussions were selective ('some' landowners were clearly excluded); and that these inappropriate discussions revealed no majority in favour of the proposal - we would surely have read about it if they had!

A further breach of procedures appears to have happened around a prior commitment to local landowners by the Council. Local landowners have said that CoGG wrote to them in 2006 stating that if and when a drain is required, the Council would pay for the works and then levy the developers. It would appear that this decision has not been rescinded formally and so the proposal to levy a 'Special Charge' should not be adopted unless and until this procedural issue is clarified satisfactorily to all concerned.


4. The proposed 'Special Charge' would threaten the financial security and well-being of local landowners.
DCSCA believes that the 'Special Charge' should not be levied unless and until all the landowners likely to be affected have agreed freely and without any external pressure whatever to accept it.

Many of the landowners likely to be affected by the 'Special Charge' have been settled in their homes for many years - sometimes decades. Many of them live on a pension or other form of fixed income and their major asset is their home. If CoGG adopts the proposed 'Special Charge', many of these landowners will face bills of tens of thousand of dollars which they will simply be unable to pay - even over the 'five years with interest at overdraft rates' that CoGG is offering as a concession! Further, the Council has provided no evidence that the sale of any of the blocks of land will even cover the proposed 'Special Charge', let alone create a profit.

CoGG's rationale for the proposed 'Special Charge' is that building the drain will confer a 'special benefit' to each property, which is that, 'they can be developed by means of further subdivision. This has the potential to provide a financial gain for property owners. As indicated, without the drain, subdivision cannot proceed even if the current zoning is in place.' (Minutes of CoGG meeting 23 February 2010. p. 107)

However, many landowners have stated that as they have no wish to 'develop' their land by subdividing it, the proposed drain will not confer a 'special benefit' on them and they should not have to contribute to the cost of building it. Instead, they believe that as the proposed drain's construction will confer a 'special benefit' on Pinnacle Holdings - the developer of the proposed retirement village - the Pinnacle Holdings should pay for it.

DCSCA accepts that if the proposed drain is built and if the area is rezoned to 'Residential 1', landowners will be able to subdivide and sell parts of their property if they wish; and that they may make a profit by doing so. However, DCSCA believes that it is unjust to force current landowners to contribute to the cost of the drain irrespective of whether they will benefit from it. Instead, we propose that a caveat be added to the deeds of each affected property that states that the proportion of the 'Special Charge' allocated to that property becomes payable (without interest!) by the owner at the time the block is sub-divided. By this means, whoever gains a (currently hypothetical) financial benefit from the drain contributes an appropriate portion of that benefit.


5. The Council has provided no evidence that the local infrastructure will accommodate the proposed developments in Central Road.
DCSCA believes that the 'Special Charge' should not be levied unless and until CoGG can demonstrate convincingly that the local infrastructure will be able to accommodate the developments associated with the proposed 'Special Charge'. DCSCA also believes that Pinnacle Holdings should not receive permission to build its proposed retirement village in Central Road unless and until the Council provides such convincing evidence.

CoGG's Structure Plan for Drysdale & Clifton Springs states in its 'Introduction' that the Plan will, 'guide Council's consideration of proposed rezonings and applications for planning permits.' (p. 1). In the consultations around the draft Structure Plan, local people were led to believe that their views could influence the development of the area. The Structure Plan contains no mention of a new drain in this area, let alone any mention of a 'Special Charge' being levied on landowners to pay for it. Thus, if CoGG decides to levy the proposed 'Special Charge', it will go against its own Structure Plan, making the consultations look like just a Public Relations exercise.

This is not the first time that CoGG has proposed action in contradiction of its own Structure Plan. Its proposed Amendment C194 to the Greater Geelong Planning Scheme included a proposal to rezone land in the Springs Street area of Clifton Springs that contradicted a specific recommendation in the Structure Plan.
Posted by Patrick Hughes at 11:39 AM