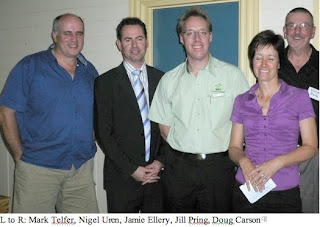 Community Association President Doug Carson said that the association was very pleased with the meeting. 'We set out to inform people about events and give them a say and the response has been magnificent', he said. 'Several people joined the Association and several more asked to received our newsletter.'
Posted by Patrick Hughes at 4:32 PM